Why living room video conferencing will never take off 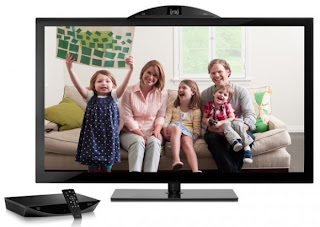 Video conferencing from the ‘comfort of your living room’ has been tossed around for years now. There are several, low cost devices as well as numerous home brew ways to have a video chat from your big screen television. If it is so cheap and easy, why has is not taken off?
There are many reasons why living room video conferencing won’t replace the telephone as a preferred communication system. First of all we’re seeing the abandonment of the land line in favor of cell phones as it is, so going back to being tethered to a hard wired device isn’t going to happen (I’ll get into VC on a phone in a minute)

Distance and Angle from Camera Issues
Is the couch parallel to your television and sitting only a few feet away from it? As I look at my living room setup, there is no piece of furniture parallel to my television, my couch is to the right and my chairs are to the left. To be of acceptable size on someone else’s screen, I would have to either move my chairs or bring in the dining room chairs and put them in front of the camera. This removes any spontaneity.  Setup in a boardroom conference is already a huge problem in our industry and having to set up your living room (and take it back down when you’re done) will lead to people just saying “forget it” and make a cell phone call. To top that off, if you leave the furniture as is, you will be quite a ways from the microphone. People yell in video conferences all the time, regardless of it being necessary or not. Being ten feet away from the microphone will require it. 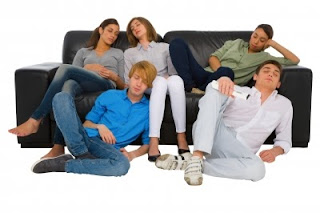 Bored kids are bored being stuck in front of a tv to Skype with mom
Image from freedigitalphotos.net

Lighting
My couch is backed up to a window. Any camera pointed toward my couch at any time of day is going to get washed out by the sunlight. In conference rooms, we try very hard to control the lighting as much as possible to improve the picture quality. Are we going to completely rearrange our living rooms for the rare video chat or just deal with horrible dark images (or just not use video)?

Always on?
Are you prepared to have people “video call” you at any time of day? The device or devices are going to have to be on all the time for impromptu calls or it will never get used. Are you prepared to answer the call wearing less than appropriate clothing? For that matter, are you going to leave your television on all the time and sit in front of it just in case someone calls you? A “No” answer to any of those questions will require scheduling a call either by phone, email or text. I doubt most people will take even that amount of effort.

Mobile Video
That leaves us with mobile video. It would be interesting to see raw data on how many people actually use it for non-business related purposes. Just as I posted not long ago, I used Skype on my iPad to talk to my in laws. That being said, I would still wager that personal use is incredibly low even with millions of people having a physical device in hand to do it, be it tablet, phone or laptop. With these devices, you still have all the issues I just mentioned, but also the added problem of “shaky cam” where you’re trying to hold a device at arm’s length – except for the laptop of course.

But what about Smart Televisions, where the technology could be built in? That only eliminates one piece of the overall equation. Having software and a camera pre-installed on a display may initially help usage, but once a person sees the poor image it will be back to a cell phone call.

Thanks for reading,
Bryan
@bryanhellard
Posted by Bryan Hellard
Email ThisBlogThis!Share to TwitterShare to FacebookShare to Pinterest

News and opinion blog for UC Test Lab. Opinions expressed on this blog are Bryan's and do not necessarily represent those of any employer or client past or present.
I will never write content on this blog paid for by an advertiser. Blogs may contain links to Amazon were I may get a percentage of a sale with no additional charge to the user. This blog is for educational use only.